Teresa Carreño, a little girl from Spanish America, will give a concert in this city on the 25th inst. Though but eight years old she plays elaborate and difficult piano-forte music with surprising correctness and effect.

Teresa Carreno, the Child Pianist, 8 years of age, will give her First Grand Concert at Irving Hall on Tuesday Evening, Nov. 25, for which occasion the most eminent artists are engaged. Further particulars in future advertisements.

Debut of Teresa Carreno. --Irving Hall witnessed the debut on Tuesday night last of Teresa Carreno in presence of a huge audience distinguished for its high social and intellectual qualities. Not once in a hundred years in any country can such an audience be gathered for a like purpose. The spectacle presented on that occasion was indeed unique. A sprightly girl of eight years wrought such miracles of music upon the pianoforte as to evoke the most rapturous enthusiasm at first--then, when the truths of the case presented themselves more clearly and the realization of her extreme youth increased, a sense of profound astonishment seized every spectator. Could it be possible that fingers just freed from sporting with dolls and toys were capable of producing chords of such sensitiveness, runs and trills of such delicacy and finish! The intellect struggled against what the sense averred, but eyes and ears finally triumphed. Our public is not unused to prodigies, unfortunately, and consequently there exists a wariness less phenomena be sprung upon us when their extraordinary attributes are be[s]t partially developed. The fondness of a mother, the pride of a father, the ever praise of indiscreet friends, has often knocked [?] talent on the head, and crushed budding genius by [?] them upon the public platform, and making an intellectual puppet show of the fearfully gifted boy or girl. Exhibitions of this class have given the community a sound distate for hearing or seeing the exploits of wonderful childhood. When, therefore, in the face of this prevalent sentiment on the subject, we are called upon to report an unqualified public indorsement [sic] of all that has been published or told of the strange musical gift of this little lady from Caracas, the thoroughness of her qualifications for the concert room must be recognized. We can now almost criticise with impunity her performances as an artiste, and certainly shall have to do so very soon, estimating her future progress by what is claimed to have been her past. Miss Carreno's first essay was in a choice Rondo Brillant of Hummel, in which the piano is supported by two violins, viola, violoncello, and double bass. The piece requires rapid and delicate execution for the most part, and was very judiciously selected as the introduction. Its rendition was admirable and produced a most striking effect. The second appearance of the little pianist was at the close of the first part of the programme, when she came out alone, and with all the composure of innocent self-reliance, to play Thalberg's long, difficult fantasia on "Moses in Egypt." This composition, being more familiar to the audience, pleased far more than the first, and netted a cumbersome load of bouquets for the fair artiste, some of which were presented by enthusiastic old gentlemen of the Wall-street and gold-spectacle pattern, and others by children of her own brief age. In part second of the programme we heard her interpretation of a "Nocturne," by Doehler, Thalberg's "Home Sweet Home" variations (encore), and Gottschalk's bravura composition, "Jerusalem." In those pieces she exhibited the most wonderful comprehension of the ideas, and employed the resources of the instrument with singular skill. What she failed to accomplish resulted from the natural lack of physical strength alone, not from her want of appreciation. Still she possess a touch remarkably forcible for her age, and certainly very elastic. Her assistants combined to furnish one of the most agreeable concerts ever heard in this hall: they were Madam D'Angri, Signor Abella, and Messrs. Theodore Thomas, Rosenthal, Matzka, Bergner, Preusser, and William Castle. The last named gentleman sang with a nicety of expression and feeling seldom heard. The second Carreno concert will take place on Saturday evening next at Irving Hall. An entertainment of this kind should induce parents who prize the musical education of their children to allow them to attend. The playing of one who can be numbered among themselves may spur the ambition of several youngsters and lead to profitable results.

Irving Hall.--Miss Teresa Carreño’s début, on Tuesday night, more than fulfilled the promise of her private performances, to which we have before referred. She deserves to be ranked, not as a child-wonder, who at the age of eight years has vanquished nearly all the technical difficulties of the piano, but as an artist of first-class sensibility. Her perception of musical meaning; the clearness with which she sees, and the delicate skill with which she executes passages that are ornate or obscure, belong only to the better rank of performers, and are in fact characteristics that cannot be attained by study. It is not difficult to trace in the charming face and graceful figure of this beautiful child the indications of an extraordinary nature and music--as plainly--is one of its healthiest and most genuine manifestations. She has an instinct for art which leads her to its beauties, and overcomes all obstacles in her search for them. Three pieces--without counting the encores-so different in style as those on Miss Correño’s [sic] programme, would have taxed the powers of the best player. They were interpreted easily by the young lady--with abundant technical skill, good force and quality of tone, and the nicest of expression. Her success was of course complete, but not more so than the admirable merit of the performance justified.
The concert in other respects was as such things always are under Mr. Harrison’s management--excellent. Madame D’Angri, the famous contralto, sang two pieces with faultless skill, and tumultuous success; Mr. Wm. Castle was in good voice and contributed his share to be the pleasure of the occasion, and Messrs. Theodor [sic] Thomas and Signor Abella imparted Miss Carreño will give her second concert on Saturday evening, assisted by the same artists. 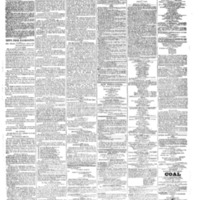 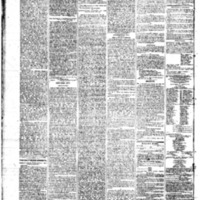