Mme. Teresa Carreno will give her farewell recital at Carnegie Hall next Monday evening. The following programme will be adhered to:

[Musical Age:] Teresa Carreño, the popular pianist, gave a farewell recital at Carnegie Hall on April 22, which completed her final tour of America, after many years concerting in this country, where her names has become a household word. Her retirement will leave a void that, for many reasons, will be almost impossible to fill, and a keen regret will be felt among the thousands of her admirers in the United States. For many years Mme. Carreñno [sic] was a well-known figure in music in this city, and her removal to Europe and subsequent absence for eight years, during which time she established a European reputation, are facts too well known to need repetition. Her visits to America in 1897, in 1899, and again this year, were followed by most successful appearances in all of the principal cities, and her recitals have always awakened the utmost enthusiasm. 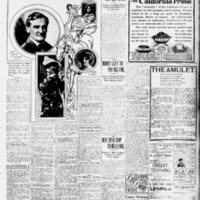 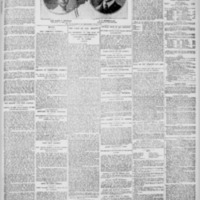